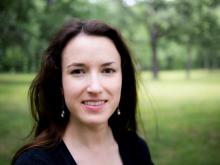 The History Department and the Institute on Napoleon and the French Revolution are happy to welcome Elizabeth Cross, a historian of eighteenth-century France and its empire whose work emphasizes the history of political economy and capitalism. Dr. Cross received her Ph.D. from Harvard University in 2017. Her current book manuscript, "The French East India Company and the Politics of Commerce in the Revolutionary Era," argues that the circumstances surrounding the creation and dissolution of the last French East India Company further our understanding of the roles played by globalization and economic institutions in revolutionary political transformations. Her publications include "The Myth of the Foreign Enemy? The Brunswick Manifesto and the Radicalization of the French Revolution" in French History and "L'anatomie d'un Scandale: l'Affaire de la Compagnie des Indes revisitée (1793-1794)" in Vertu et Politique: les pratiques des législateurs (1789-2014) with Presses universitaires de Rennes. She has been the recipient of an International Dissertation Research Fellowship from the Social Science Research Council, a Mellon Fellowship for Dissertation Research in Original Sources from the Council on Library and Information Resources, and grants from the Newberry Library and Harvard University. In the fall semester, Dr. Cross will teach a course on the French empire.