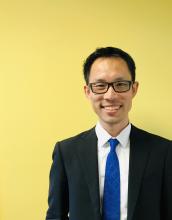 I graduated from FSU in 2019, and I am currently an Assistant Professor at the University of Tokyo, Japan. Back at Florida State, I worked with Dr. G. Kurt Piehler to study U.S. political history and modern conservatism, while doing the course work including Asian and European history as minor fields. Only one and a half years have passed since my Ph.D. defense, yet this seems decades ago as various experiences have flooded me: I returned to Japan after almost seven years in the United States; I began to live in Tokyo which is increasingly transforming its demography; and leaving behind my long student life, I started my academic career as a professor. Despite the tremendous shifts, I can feel my experiences at FSU are deeply embedded in myself.

Immediately after I moved back to Japan in the spring of 2019, I suffered from jet lag and “reverse culture shock.” If you live abroad for years and come back to your own country, you might feel strange and sometimes uncomfortable. After seven years in Florida, I had apparently become too casual by Japanese culture’s standards. I remember, for instance, that I went to my university on the first day without jacket and tie, while other teachers wore formal suits like bank employees.

My first job in Japan was teaching at Tokyo University of Social Welfare. Our department admitted many international students mainly from Asian countries including China, Vietnam, Myanmar, Bangladesh, Nepal, Uzbekistan, among others. With Japan’s labor force shrinking over the years, government and business ardently welcome migrant workers and young students. Today, Tokyo has a larger number of foreign-born residents than ever before. Tokyo University of Social Welfare is one of the schools that provide higher education for international students. I taught about world history, academic writing, and multicultural understanding, and also served as a kind of academic advisor by taking care of student visa renewal.

The experience of teaching at the institution was amazing! Bluntly speaking, my students’ Japanese skill was not yet so good, and we frequently had trouble communicating with each other. I always remembered, however, that I had struggled during my first couple of years in Tallahassee, and that many people carefully and patiently listened to me. The experiences of being an international student and teaching assistant in the U.S. also helped me sympathize with and gain the trust of the students. I truly enjoyed teaching history to them, and simultaneously learned different perspectives by discussing contemporary issues such as the “re-education camps” in Xinjiang, Rohingya people in Myanmar, and the impact of China’s One Belt One Road on Asian countries. I loved to touch upon these political and cultural topics in my class because they often led to animated discussions among the Asian students. Many of the students came to Japan for job opportunities and higher incomes, bringing in dialogue their home countries with Japanese society. Although I moved on from that university, I miss the lively students and bustling classrooms.

Shortly after returning to Japan, I applied for a better academic job and moved to the University of Tokyo in April 2020. As an assistant professor, I joined the Center for Pacific and American Studies (CPAS), an institution for American Studies scholars and students in Japan. CPAS promotes the study of the Pacific region including North America. We operate a library that is open to the public and provides users with books and academic journals pertaining to the United States and primary sources on American history and U.S.-Japan relations. One of our ongoing projects is, for example, digitizing the collection of Yasaka Takagi, who built up American Studies in Japan from the interwar years to the postwar era.

In addition to facilitating research, CPAS is also involved in information gathering. The Center accepts donations that include documents, diaries, pictures, postcards, artifacts, and so on. In Tokyo, I meet donors to receive their materials, scan documents and pictures, and organize the data of collections. If you worked as an RA, as I did, or intern at the Institute on World War II and the Human Experience in the History department at FSU, you might notice similarities to what I do at CPAS. In other words, I am engaged with the sort of activities that I did back in Florida.

Additionally, I speak on current events in the U.S. to the general public. This past January, I participated in a symposium on the Millennial Generation and analyzed the concept of “generation” in U.S. politics by examining New Left students and their conservative counterparts during the 1960s. More recently, I was invited to another symposium in which we discussed American politics in the Trump era. I talked about Sunbelt suburbs that recently turned Democratic, and the two other presentations were on the Black Lives Matter movement and political polarization. As many young Americans protest systemic racism and the two presidential candidates wage emotional campaigns, the Japanese are paying much attention to the United States.

The skills I learned at FSU——multicultural encounters, teaching assistantship, and working at the WWII Institute——have prepared me for my current job.