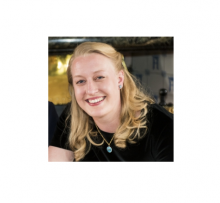 The History Department will host the annual James P. Jones Lecture at 5 PM on March 5th in the Rendina Room of the FSU Alumni Center. Our speaker is Professor Kathryn Olivarius of Stanford University. Her lecture, "Necropolis: Disease, Power, and Capitalism in the Cotton Kingdom," is based on her current book project. Professor Olivarius argues that in places like Louisiana and Florida, where illnesses like yellow fever were common and terrifying, immunity became desperately important but impossible to document scientifically. For white men, proving their immunity became the gateway to power in the plantation societies of the Deep South, and it formed an integral part of their ideas about race, capitalism, and the role of government. We hope anyone interested in the history of the South, the history of slavery, or the history of science will join us for the event.