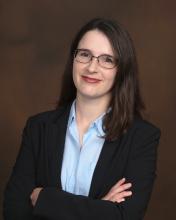 I didn’t start out in history.  I completed BAs in English and Anthropology at the University of Tennessee, Knoxville. From there I went to the University of West Florida for an MA in Anthropology. At around that time, I decided to pivot and shift my focus away from historical archaeology to history. To that end, I began another MA at Florida State University, this time in American History. Afterward, I transitioned into the PhD program and wrote my dissertation on the connection between gender and bodies in the United States Marine Corps between World War I and the Korean War. I’m currently working on turning the dissertation into a book manuscript.

Shortly after finishing my PhD in May 2019, I began a job with SNA International, a contractor that hires historians, anthropologists, and various other positions for the Defense POW/MIA Accounting Agency (DPAA).  The DPAA’s mission is to fully account for as many missing and/or unidentified US servicemembers as possible.  Presently, there are still more than 81,900 missing American servicemembers, mostly from World War II and the Korean War. The agency works to return these missing individuals to their families (https://www.dpaa.mil/).

In order to do that, the DPAA uses historians in several different ways. Some do research to locate particular individuals or groups of individuals who were not recovered.  For example, a historian might gather all of the information they can find about a particular airplane crash and use that data to narrow down possible loss locations. Once the historian thinks they have a likely area to search, they recommend a mission. A mission might include anthropologists, archaeologists, and military specialists who go to the area and perform a methodical search of the suspected region. If they locate evidence of the plane crash or other site, they are prepared to excavate.  Evidence is gathered and returned to one of the DPAA’s labs where analysts determine whether or not they can identify the particular crash and any human remains discovered with the evidence.  The hope is that the lab can identify the plane and the individuals associated with it and that their remains can be returned to their family for honorable burial.

Other DPAA historians, like myself, focus on individuals who were recovered during or immediately after the conflict but could not be identified at that time.  My job involves taking all of the available information about an unknown individual and combining that information with detailed knowledge of the specific battle they were involved in in order to narrow down the possible identity of an unknown servicemember.  Once all of the available information is gathered, I work with forensic anthropologists and odontologists to make a recommendation about disinterring that unknown individual from their current burial place in an American military cemetery.  If the recommendation for disinterment is approved, the unidentified remains are taken to a DPAA laboratory for analysis and, hopefully, identification.  As in recovery missions, the hope is that the lab can make a definitive identification and the individual and be returned to their family.

Historians with the DPAA work as a team with anthropologists, archaeologists, forensic dentists, and many others to support the agency’s mission of accounting for as many missing US servicemembers as possible.  It’s an incredibly rewarding experience to be involved in helping bring a little bit of closure to families that have spent decades wondering what happened to their loved one.

I’m always happy to talk about my experiences both as a working historian and as a student in graduate school, so please feel free to email me at: sarahepatterson1214@gmail.com.