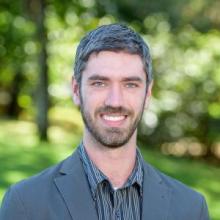 It is late summer, which for students and faculty means gearing up for another year at school (whatever that might mean in the current COVID crisis). It also means that another cycle on the academic job market is about to begin. While this year will undoubtedly be particularly perilous and unlike any other in recent memory, I would like to offer a few reflections on my experience as an early-career faculty member on the job market this past year. My experience is admittedly anecdotal, and my end-result potentially atypical, but hopefully I can provide some insights into an often-neglected component of academic life.

After graduating in 2015, I spent a year on the job market before landing a job at Northwest University in rainy Kirkland, WA, right outside of Seattle. Northwest is a small, Christian liberal arts college, and I counted myself incredibly fortunate to land my first job at such an ideal location. But was this a first job, or was it a forever job?

I won’t go into the specific details of my time at Northwest, but I will list two factors that pushed me away from the “forever job” mindset and back on to the job market. The first was pay. The salary was not unreasonable in the academic world, but it was not commensurate with the cost of living on the Eastside of Seattle, especially as my wife and I looked to start a family. The second factor was that the History Department was small (one other faculty member) and increasingly marginalized by the University overall. This is hardly unique to Northwest, but as I was trying to decide whether this would be where I would spend my career, part of the question was whether I would be happy in such a position. As tenure began to loom, I knew that it would be easier to make a move as an early-career assistant professor than as an associate.

As I started looking for jobs, three main issues emerged. The first set of questions was: whom do I tell, what do I tell them, and when? These are complicated issues, as much social as professional. The question of when to tell my Dean was perhaps the most pressing, and I opted here to be as open as possible. I told her at the end of the summer that I was going on the market. I told her, too, that I would let her know if I was asked to go to an on-campus interview. I do not think this was necessary, but it was important to me to not feel deceptive or underhanded and to maintain a good relationship with my Dean.

I was also fortunate to have a very good relationship with my Department Chair and I was very open with him throughout the process of searching. He offered to write me a letter of recommendation without me even asking and was supportive at every turn. With many of my other colleagues though, I was reticent to make it a topic of conversation. There was, I think, a genuine stigma attached to searching for another job. The unspoken but ever-present question was “Why are you unhappy at this job?” And while I had real and valid critiques of the institution and motivations for wanting to find a different job, I also did not feel like having to justify myself, even to people I consider friends. So, unless I was directly asked, I kept my search to myself, and if I was directly asked, I answered honestly but vaguely. Though when I walked to my office in a suit to do a Skype interview, people did begin to have suspicions!

The second issue had to do with planning for the following semesters. It is directly related to this stigma and suspicion of lame-duck syndrome but is more internal. Once I began to receive Skype interview invitations, I began to ask myself what was appropriate to plan for the next year. To give examples, a colleague wanted to propose an interdisciplinary study-abroad course. I also wanted to make changes to the History curriculum to make it fit my strengths more. And when recruiting new students, I was talking about the courses they would take with me. Knowing that I would potentially be leaving made me hesitate slightly when committing to longer-term projects. But I also was aware of the state of the job market, and the slim chance of actually getting a better job offer. More than that even, I still had a job to do, and I did not want to waste a year, where I could be working to make my position at Northwest better. So, I did my job with no reservations about making plans that I would potentially not see through to fruition.

I am not sure that this was overall the best choice. I did my best to ease the transition and not just hand off my responsibilities but also leave documentation on my plans and thought processes. In hindsight, it may have been better to not take on additional responsibilities the year I was on the market, but hindsight is 20/20 and at the time I was hedging my bets that I could be at Northwest for another year at least.

The last issue was negotiation. For me, this one was a relative non-issue. The job that I was ultimately offered and accepted was my first choice, and Northwest was not able to compete either in terms of pay or in terms of my personal preference. I was offered accelerated tenure and promotion if I stayed at Northwest, but this was not nearly enough, and both the Dean and Provost knew this. I knew that if I attempted to negotiate, it would not be in good faith, as there was virtually nothing Northwest could promise that would make me turn down my job offer. However, with two of the other jobs I was a finalist for, I likely would have negotiated to ensure that I made the best choice. As that was not the path I took, I won’t speculate what it might have been like, but it is an important dimension to consider.

There is more to this story than what I have laid out here. I should note that while I was a finalist for three jobs, I was only offered one. Northwest also went through “financial reprioritization” at the end of my last semester there that only further cemented the marginal place of the humanities in the future of the University, which made it even easier to leave behind the “forever job” hopes that I initially came in with. And of course, COVID has complicated everything. Each early-career job searching experience will have its own idiosyncrasies, but I hope my reflection here can provide some perspective and insight into the thought processes and questions that are part of the experience.