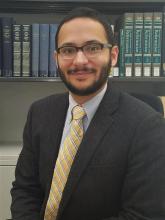 We are pleased to welcome Maximilian Scholz, a historian of religion with a specialization in the Reformation, who will join the department this fall. Dr. Scholz received his PhD in 2016 from Yale University, where his dissertation won the Elizabethan Club Award for best dissertation on a Renaissance or Early Modern topic. Entitled “Exile and the Recasting of the Reformation: Frankfurt am Main, 1554-1618,” it explores the fate and impact of religious exiles by focusing on the German city of Frankfurt am Main, which became a bastion of displaced peoples in the second half of the sixteenth century. Scholz is also the author of “Exile, Accommodation, and the Advent of Confessions: The Case of Frankfurt’s Reformed Walloons,” which will appear in Reformed Majorities and Minorities, ed. Herman Selderhuis (Vanderhoeck and Ruprechtt, 2017). He has been the recipient of a Fulbright Grant to Germany (2011), the William Crozier Award for excellence in teaching (2014), and a postdoctoral fellowship at the Max Planck Institute for the Study of Religious and Ethnic Diversity in Göttingen, Germany (2016-2017). This fall he will teach courses on the Reformation (EUH 4144) and Modern World to 1815 (WOH 1023).