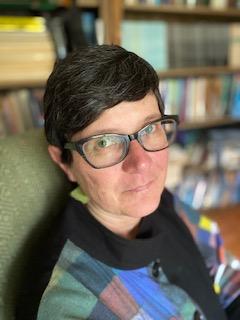 Suzanne M. Sinke received her PhD from the University of Minnesota. After several years of teaching at Clemson University, she joined the faculty at Florida State University in 2002. Sinke has earned two Fulbright teaching awards, first to the University of Tampere in Finland, and later a second to teach in Austria at the University of Salzburg in 2013.  Currently she serves as the Associate Chair for Graduate Studies in the History Department. As a specialist in migration and gender studies in the U.S. context, she teaches a variety of courses in U.S. and comparative history. She is the author of Dutch Immigrant Women in the United States, 1880-1920 (2002) and co-editor of three additional books, including Letters Across Borders:  The Epistolary Practices of International Migrants (2006) which showcased her interest in how scholars use letters as sources. Since fall 2018, she has served as editor for the Journal of American Ethnic History, a quarterly that covers the history of immigration and ethnicity in a North American context. Sinke's extensive list of journal articles includes publication venues such as International Migration Review, OAH Magazine, Gender Issues, Journal of American Ethnic History, and Immigrants and Minorities.

The Organization of American Historians promotes Sinke as one of its distinguished lecturers. She served as  a member and then co-chair of the AP U.S. History Curriculum Development Advisory Committee, as an executive board member and program co-chair for the Social Science History Association, and president of the Association for the Advancement of Dutch American Studies. Sinke's recent scholarship covers two topics:  1) the linkage of marriage and international migration across U.S. history from bride ships, male majorities, and anti-miscegenation policies in the colonial era to web-matchmaking, female majorities, and fiancée visas in the twenty-first century; and 2) the letters of an Austrian family that fled Nazi persecution, focusing especially on their epistolary strategies.