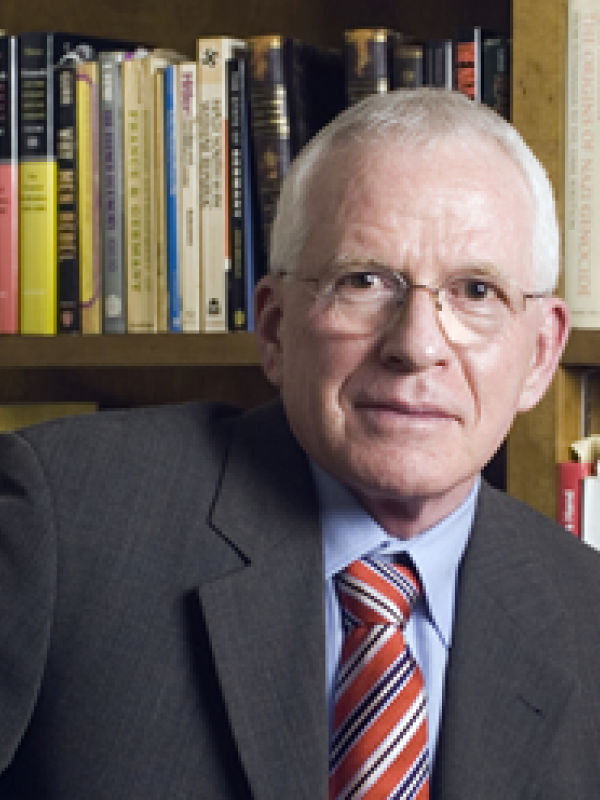 Robert Gellately has written or edited ten books, and his works have appeared in more than twenty foreign languages. His latest monograph is Stalin’s Curse: Battling for Communism in War and Cold War (New York, Alfred A. Knopf and Oxford University Press, 2013). It has thus far been translated into Spanish and Portuguese. It is the sequel to Lenin, Stalin and Hitler: The Age of Social Catastrophe (New York, Alfred A. Knopf, and London, Jonathan Cape, 2007). That book has been translated into German, Norwegian, Czech, Portuguese, Italian, Estonian, Latvian, Ukrainian, Hungarian, and Indonesian.

Professor Gellately’s most recent publication is an edited volume, The Oxford Illustrated History of the Third Reich (Oxford: Oxford University Press, 2018), and a Chinese translation is under contract. His first book was The Politics of Economic Despair: Shopkeepers in German Politics, 1890-1914 (London, 1974). In 1990 he published the widely discussed The Gestapo and German Society: Enforcing Racial Policy, 1933-1945 (Oxford University Press.) A German translation appeared in 1993 and one in Spanish in 2004.

His book, Backing Hitler: Consent and Coercion in Nazi Germany, 1933-1945 (Oxford University Press, 2001), aroused international attention. That study has since been published in German, Dutch, Spanish, Czech, Italian, French, Japanese and Portuguese. A special paperback edition was published and distributed by Germany’s Federal Agency for Civic Education for use as a textbook.

Gellately edited The Nuremberg Interviews: An American Psychiatrist’s Conversations with the Defendants and Witnesses at the Nuremberg Trials (New York: Alfred A. Knopf, 2004). The book has thus far appeared in sixteen foreign languages.

Professor Gellately has co-edited several volumes of essays, including one with Russian specialist, Sheila Fitzpatrick, Accusatory Practices: Denunciation in Modern European History, 1789-1989 (Chicago University Press, 1997). With FSU colleague Nathan Stoltzfus he co-edited a collection called Social Outsiders in Nazi Germany (Princeton University Press, 2001) – which was translated into Turkish. And together with Ben Kiernan, Director of the Genocide Studies program at Yale, he co-edited The Specter of Genocide: Mass Murder in Historical Perspective (Cambridge University Press, 2003). The latter work has since appeared in Italian.

Gellately studied Russian and German history at Memorial University of Newfoundland, did his doctoral work at the London School of Economics and Political Science, and post-doctoral studies in Germany. He has taught at Cornell University and Huron College/University of Western Ontario. From 1998 to 2003 he was the Strassler Professor in Holocaust history at Clark University. In August 2003 he joined the faculty of Florida State University where he is the Earl Ray Beck Professor of History.

In 2004-5 he was selected as the Bertelsmann Visiting Professor of Twentieth Century Jewish Politics and History, at Oxford University. In 2006 he was awarded a Litt. D. (Honorary Doctor of Letters) by Memorial University of Newfoundland.

Gellately has won numerous research awards, including Senior Fellowships from the Alexander von-Humboldt-Foundation in Germany; grants from the Harry Frank Guggenheim Foundation; and still others from the Social Sciences and Humanities Research Council of Canada. 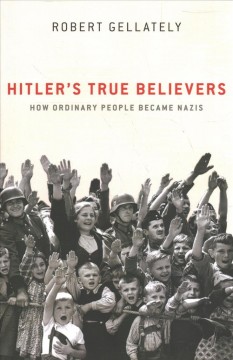 Understanding Adolf Hitler's ideology provides insights into the mental world of an extremist politics that, over the course of the Third Reich, developed explosive energies culminating in the Second World War and the Holocaust. 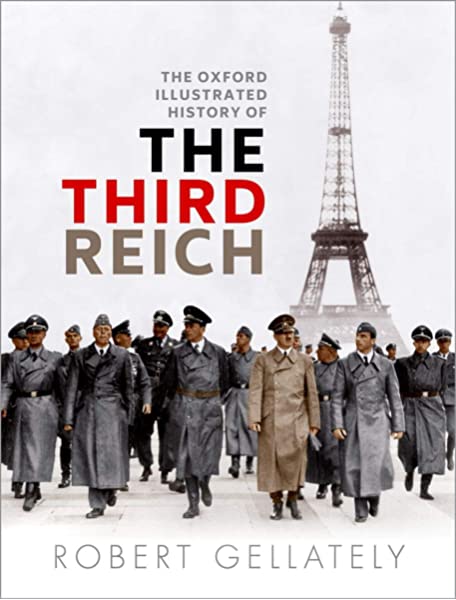 The Oxford Illustrated History of The Third Reich

At age thirty in 1919, Adolf Hitler had no accomplishments. He was a rootless loner, a corporal in a shattered army, without money or prospects. 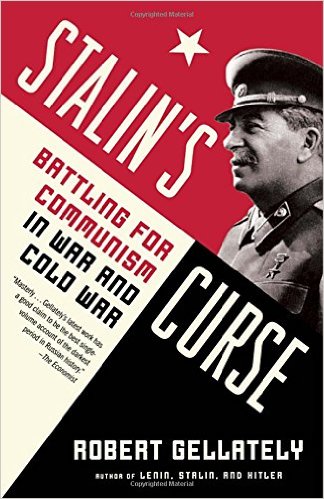 Stalin's Curse: Battling for Communism in War and Cold War

A chilling, riveting account based on newly released Russian documentation that reveals Joseph Stalin’s true motives—and the extent of his enduring commitment to expanding the Soviet empire—during the years in which he seemingly collaborated with Franklin D. Roosevelt, Winston Churchill, and the capitalist West. 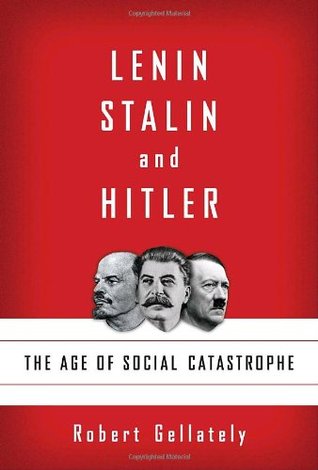 Lenin, Stalin, and Hitler: The Age of Social Catastrophe

This remarkably ambitious book tells the story of the great social and political catastrophe that enveloped Europe between 1914 and 1945. 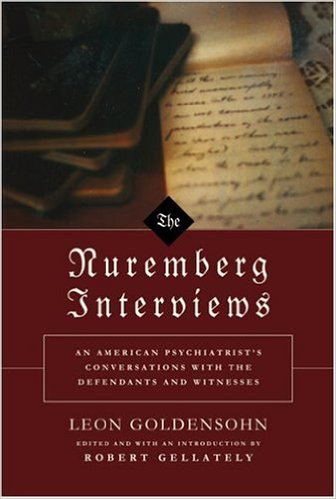 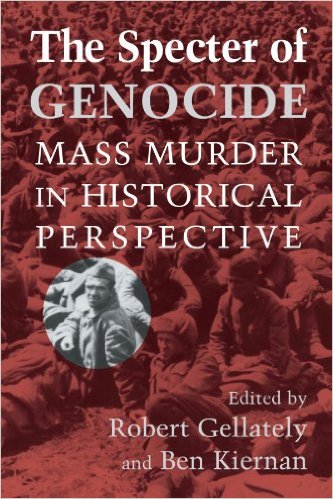 The Specter of Genocide: Mass Murder in Historical Perspective

Focusing on the twentieth century, this collection of essays by leading international experts offers an up-to-date, comprehensive history and analysis of multiple cases of genocide and genocidal acts. 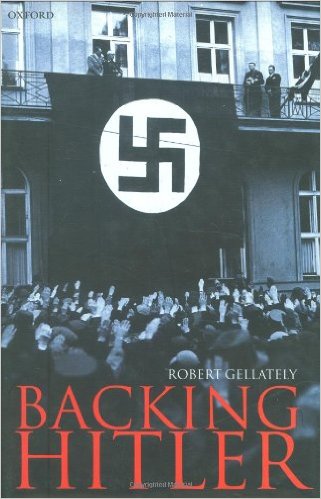 Debate still rages over how much ordinary Germans knew about the concentration camps and the Gestapo's activities during Hitler's reign.

When Hitler assumed power in 1933, he and other Nazis had firm ideas on what they called a racially pure “community of the people.” 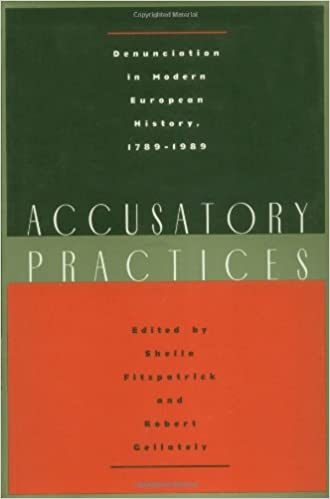 "Produced by religious intolerance, political fanaticism, or social resentment, denunciation is a modern democratic practice too long neglected by historians. This fascinating book, written by excellent specialists, establishes a first inventory of this practice, leading the reader through the revolutionary and counter-revolutionary cultures of the last two centuries."—Francois Furet 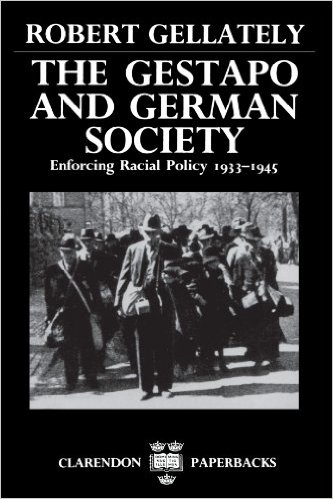 This book offers an intriguing examination of the everyday operations of the Gestapo, the Nazi secret police. 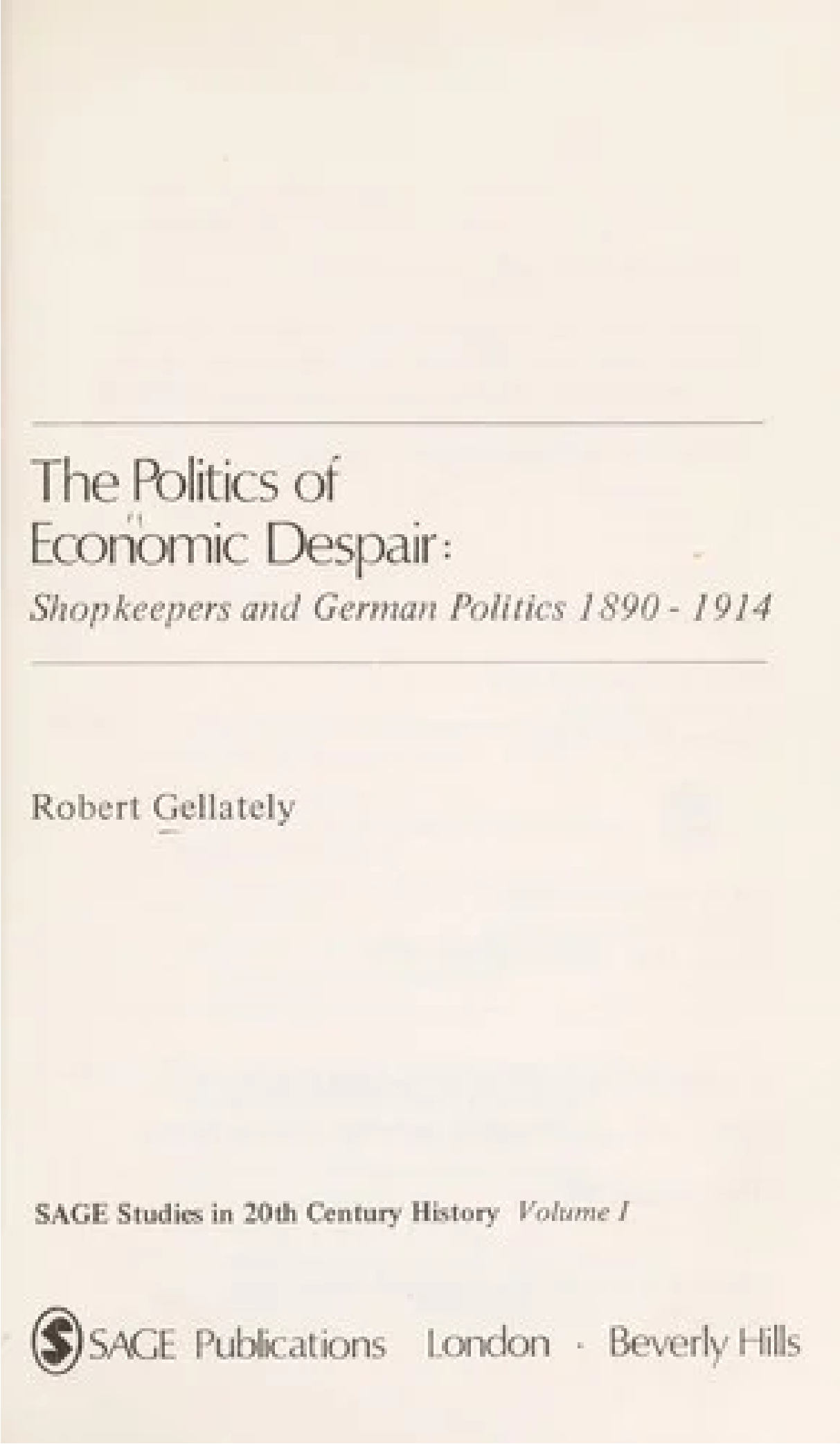 The Politics of Economic Despair: Shopkeepers and German Politics: 1890-1914

Intense competition despite an expanding retail market, led German shopkeepers to look for political solutions to their problems. In an epilogue, this work explains why many later looked to the Nazi party for help.