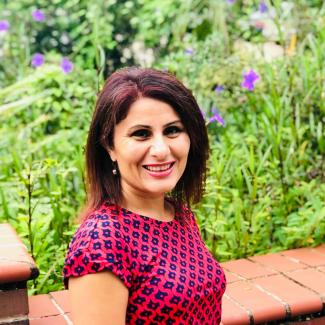 Nilay Özok-Gündoğan is an Assistant Professor of Ottoman and Middle East history. Her research centers on modern state-making, property regimes, and intercommunal conflict and coexistence in Ottoman Kurdistan. She also writes about the question of methodology in Kurdish Studies. Her publications appeared in the Journal of Social History, IJMES, CSAAME, New Perspectives on Turkey, and edited volumes. Her current manuscript provides a multi-actor socio-historical analysis of the transformation and eventual dissolution of the Kurdish principalities in the Ottoman Empire. Her work stands at the junction of interconnected Ottoman, Kurdish, Armenian, and Turkish histories. As opposed to dominant nationalist renderings of this region, she approaches the conflict between the Ottoman (and later the Turkish) state and the Kurdish nobility not solely as an ethnic dispute but as a struggle for sovereignty over the autonomous economic and political realms of the Kurdish nobility.

Ozok Gundogan, N. (2020). "Can One Save the Voices of the Ordinary Kurds from the Enormous Condescension of Posterity? An Agenda for Social History in Kurdish Historical Writings. In Ümit Kurt, & Ara Sarafian (Eds.), Armenians, Greeks, and Kurds: A People's History of the Ottoman Empire (pp. 95-114). Fresno: Press at California State University