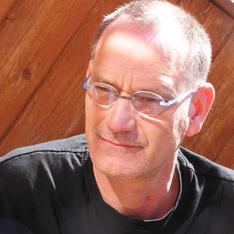 Department
History
Office Location
442
Email
nstoltzfus@fsu.edu
Questions that drew me to the study of history are evoked in my doctoral dissertation at Harvard, “The Social Limitations on the Nazi Dictatorship.” This was necessarily a study of tyranny's social pillars as well, since the degree of popular support for the dictatorship indicates possibilities for limiting it.  Popular dictatorships focus mass energies around their own causes in ways that starve any opposition of collective force, much as brute force intimidates resistance. In the study of Modern European history I am interested in why humans collectivize and the relationship of mass associations to authority, whether of social norms or police force. I research the history of nonconformity, popular protest, and the range of ways that power has been exercised without physical force.  My most recent book shows that Hitler himself, although well-known for his belief in annihilation, was also well aware that he could not achieve all of his aims through brute force and that he increased his capacity to do evil precisely because he understood the limits of Gestapo terror, even for his dystopian goals.

His publications include the following books:

The Dorothy and Jonathan Rintels Professorship for Holocaust and Related Studies

Modern Europe and Germany, the Holocaust, Political Violence and Resistance