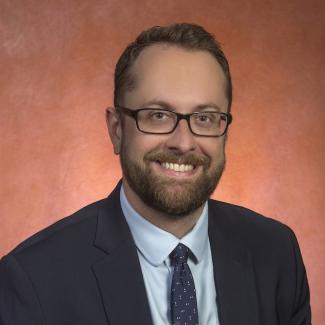 I studied at Michigan State University, Duke University, and Washington University in St Louis, where I completed my Ph.D. in 2015.

I specialize in the history of medieval and renaissance Italy. My research focuses on the mid-thirteenth through the early sixteenth centuries. I am particularly interested in the intersections of religion, politics, economy, and community; in notions of virtue and justice; in lay piety and urban life; as well as in histories of sovereignty and governance.

My first book, The Virtues of Economy, explores the transformation of Roman political culture from c.1350 to c.1450, and its implications for the history of the city and the Papacy. Specifically, it examines the gradual transition of Roman political elites from a commitment to governing Rome as a free city-commune to a willingness to act as the governing agents of a sovereign papacy. It emphasizes that understanding this transition requires recognition of Roman political engagement not merely with a civic society, constituted of citizens of the city-commune, but with the broader political society of Rome in its guise as the spiritual capital of Latin Christendom. Through an analysis of the transformative effects of everyday Roman politics, this book reframes the story of the establishment of papal sovereignty in Rome as the product of synergy between papal ambitions and local political culture.

In 2021, I published The Chronicle of an Anonymous Roman, which offers the first full English translation of the late medieval Roman chronicle written by an author we know as the Anonimo Romano. Originally written in medieval Romanesco, this chronicle discusses major events in Roman history, as well as contemporary occurrences in Italy, Iberia, the eastern Mediterranean, France, and Hungary. The book includes an extensive introduction to the Anonimo and his text, as well as guides to pertinent scholarship.

My current research is focused on the history of social justice and virtue both as governing ideas and frameworks for practice in late medieval politics and society.

Websites (including CV and other information):

The High and Late Middle Ages

Florence from Dante to Machiavelli

The World of the Crusades

I have offered readings seminars on medieval Christianity, the Crusades, and European Slavery from the late Roman to the early modern period, urban history, and various topics in Mediterranean history.