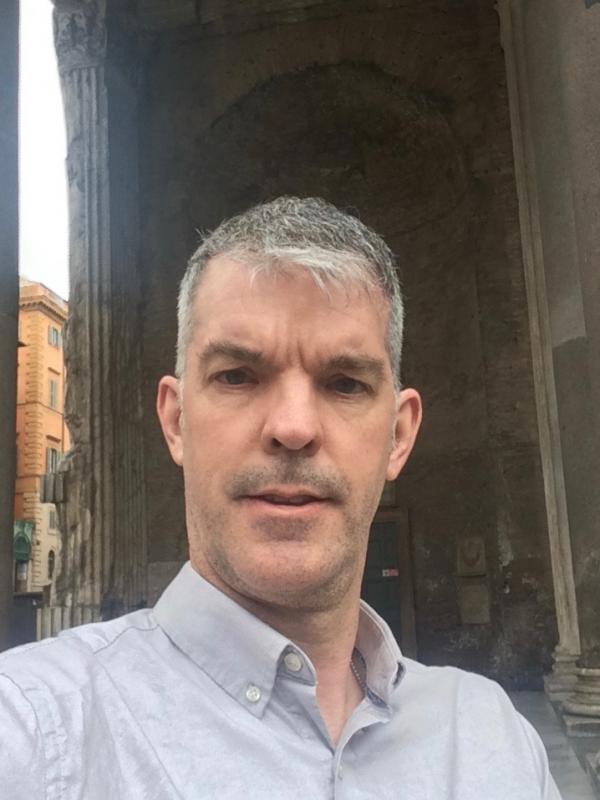 Charles Upchurch received his Ph.D. in modern British history from Rutgers University (2003). His research focuses on nineteenth-century British gender, social, cultural, and political history, and his teaching fields include modern Britain, the British Empire, gender history, and the history of sexuality.

Prof. Upchurch's newest book, “Beyond the Law”: The Politics Ending the Death Penalty for Sodomy in Britain (Temple University Press, 2021), documents the early nineteenth century debate in Britain over the ethics of punishing sex between men, culminating in votes in Parliament in 1835 and 1840-41. On each of these occasions, majorities in the House of Commons approved ending the death penalty for sodomy, even as the reform was blocked in the House of Lords. While the reform itself failed, the opinions preserved by the attempts provide a remarkable and previously unknown way to analyze cultural attitudes towards sex between men in the early nineteenth century. Rather than focus on what was not present in these debates (the modern homosexual identity category as defined in the late nineteenth century) this book focuses on the multiple ways various groups of individuals understood what sodomy was, and what constituted an ethical response to it. Arguments were made, in a variety of settings, as to why execution for private consensual sexual conduct was immoral. A leader in the movement to abolish slavery was prominent in these efforts, as were individuals who had family members who were subject to arrest under the laws against sodomy and attempted sodomy. Arguments stemming from utilitarian reform were a part of these debates, but so too were arguments for marital privacy, and the negative impact of the sodomy law on married couples. Jeffrey Weeks, author of the first landmark works of LGBTQ history for nineteenth century Britain, has called the book “a triumph of historical detective work… [that] is genuinely breaking new ground.” A talk outlining this research, given as a part of the 2022 iMagine Belfast Festival, can be found here.

Prof. Upchurch's first book, Before Wilde: Sex Between Men in Britain’s Age of Reform (University of California Press, 2009), explores the ways in which class influenced the interpretation of same-sex desire in the period when the British state first began to police sex between men on a regular basis. It is the first work to call attention to the widespread reporting of court cases related to sex between men in mainstream London newspapers between 1820 and 1870. It also places family reactions at the center of the narrative, in order to better understand how these acts were understood within the broader culture.

In addition to his work in the areas of gender and sexuality, Prof. Upchurch is also researching the ways in which working- and middle-class individuals appropriated aspects of the work of Adam Smith for socially progressive ends in the decades before Karl Marx published his most important works. He has previously written on cross-dressers and British society in the 1870s, on methodologies for using new digital tools to conduct historical research, and on the need for academics to reach out to non-academic audiences. His articles have appeared in The Journal of Social History, The Journal of the History of Sexuality, Gender and History, and other scholarly journals. Prof. Upchurch is currently the President of the Southern Conference on British Studies, and the Chair of the Advisory Board of the Women's Gender, and Sexuality Studies Program at Florida State. Since 2014 he has served as one of six Distinguished Academic Patrons of LGBT History Month in the United Kingdom. His full CV can be found by following this link.

Undergraduates wanting to do an honors thesis under my direction should speak to me in advance, and if at all possible take one of my senior seminars before the project begins, or during the first semester of the honors thesis project. If this is not possible, students should take another one of my 4000-level courses, to get an idea of the requirements I set for original research. Two of my students were selected as winners of the North American Conference on British Studies Undergraduate Essay Contest (in 2013 and 2015) for work produced in my classes. 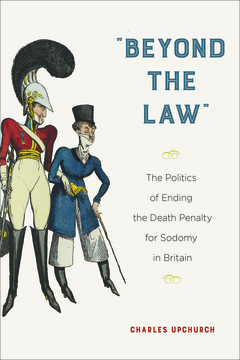 Beyond the Law: The Politics of Ending the Death Penalty for Sodomy in Britain

In nineteenth-century England, sodomy was punishable by death; even an accusation could damage a man’s reputation for life. 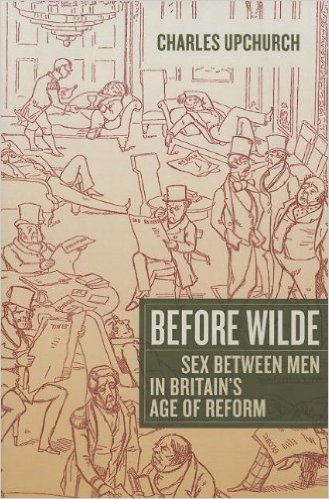 Before Wilde: Sex between Men in Britain's Age of Reform

This book examines changing perceptions of sex between men in early Victorian Britain, a significant yet surprisingly little explored period in the history of Western sexuality.