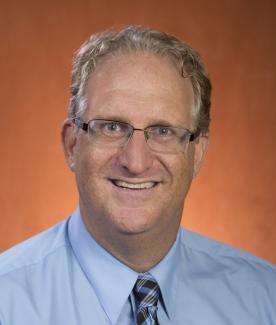 Dr. Andrew Frank is an ethnohistorian who specializes on the history of the Florida Seminoles and the Native South. His research has been supported by grants and fellowships from institutions that include the American Philosophical Society, American Historical Association, Newberry Library, and Huntington Library.

Dr. Frank is currently writing a book-length manuscript on the history of the Florida Seminoles tentatively entitled Those Who Camp at a Distance: The Seminoles and Indians of Florida.

He is the author of Before the Pioneers: Indians, Settlers, Slaves, and the Founding of Miami (University Press of Florida, 2017). This book explores the 2000 years of continuous human occupation at the North Bank of the Miami River—a history that connects the ancient Tequesta with the 20th-century development of south Florida. The North Bank’s history includes the stories of Tequesta and Seminole Indians, Spanish missionaries, African slaves and white slaveholders, Bahamian wreckers, outlaws, runaways, American soldiers, and others. In exploring this often ignored past, Before the Pioneers explains how Henry Flagler, Julia Tuttle, and the other so-called “pioneers” of the late nineteenth century chose the site for modern Miami in part as a result of the legacies of the earlier settlers.

He is also the author of Creeks and Southerners: Biculturalism on the Early American Frontier (2005), a volume that explores race and identity in the late eighteenth and early nineteenth centuries. His other books include The Routledge Historical Atlas of the American South (1999), The Seminole (History and Culture of Native Americans) (2011), and Borderland Narratives: Exploring North America's Contested Spaces, 1500-1850 (2017).

He has published more than two dozen book chapters and journal articles. Recent articles and books chapters include: “Red, Black, and Seminole: Community Convergence on the Florida Borderlands, 1780-1840,” in A. Glenn Crothers and Andrew K. Frank, eds., Borderland Narratives: Exploring North America's Contested Spaces, 1500-1850 (2017); “Creating a Seminole Enemy: Ethnic and Racial Diversity in the Conquest of Florida,” Florida International University Law Review 9 (2014): 277-293; “Preserving the Path of Peace: White Plumes and Diplomacy during the Frontier Panic of 1849-1850,” Journal of Florida Studies 1 (2013) <http://www.journaloffloridastudies.org/ 0102pathofpeace.html>; “Authenticity for Sale: The Everglades, Seminole Indians, and the Construction of a Pay-Per-View Culture,” in Karen L. Cox, ed., Destination Dixie: Tourism and Southern History (2012); “The Return of the Native: Innovative Traditions in the Southeast,” in The Old South’s Modern Worlds: Slavery, Region, and Nation in the Age of Progress, edited by L. Diane Barnes, Brian Schoen, and Frank Towers (2011).