Talking about “AMH 2097: Race, Ethnicity, and Nationality in the United States” with Dr. Pamela Robbins 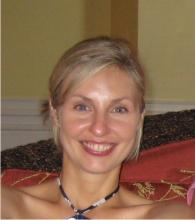 One of many ways in which FSU students have responded to the civil unrest occurring in the US was to start a Change.org petition to require students to satisfy a race and ethnicity credit upon graduation. Among the classes mentioned in the petition was one that a lot of students specifically advocated for: AMH 2097 Race, Ethnicity, and Nationality in the United States. For many years, Dr. Pamela Robbins was the main teacher of this course. In this interview, Dr. Pamela Robbins discusses the history of AMH 2097 and her experiences teaching it.

Dr. Pamela Robbins completed her bachelors, masters, and doctoral degree at Florida State University, with her work primarily focusing on the history of slavery and its legacies, the history of immigration, and the influence of pop culture. While mainly personal events from her childhood drove Dr. Robbins to pursue a masters and Ph.D. in African American History, it was while she was already a Ph.D. student teaching American History, that she became interested in learning about immigration and citizenship because of her Australian-born husband.

AMH 2097 was originally developed by Neil Betten and it used the lens of white immigrants only. Once Professor Betten retired over 20 years ago, the course was passed onto Dr. Robbins. She completely revised the class to explore the history of immigration to the United States more fully. She wanted to emphasize the role of race and factors that affect the evolution of ethnic cultures in the US. Pam Robins also added an entire section on citizenship to the course, to dispel any misconceptions regarding the process: “I thought it would be a good idea to have students know how hard it is for these individuals to get here.”

An avid pop culture fanatic, Dr. Robbins incorporates film and music into her course(s) since learning material visually helps students to have a much deeper understanding: “I think sometimes people are visual learners…It’s one thing for me to say slaves came over on a slave ship but it’s another if you see Steven Spielberg’s version of it.” In addition to aiding visual learners, this also ignites a conversation on the role of pop culture in society, and the lack of diversity within it. “The lack of something on tv is very telling as well.”  Pam Robbins explained that many people did not see a black person until much later in their lives. In addition to this, the lack of representation in the media or the content that is being presented, for example, black people being shown as criminals in television, contributes greatly to the issues of racism in this country.

Teaching a course on race, ethnicity, and nationality also comes with challenges. “There are a lot of people who have a problem with what I say,” Dr. Robbins stated, “I’m not going to sugarcoat it for you. You’ve already heard that version, now let’s hear another”. Jahleel Morton, a student who took the course in 2016, explained: “I feel as though it is imperative that all students should take at least one class related to yours [AMH 2097] to further educate themselves on the importance of racism, prejudice, and historic discrimination. I certainly learned a great deal from you, and your classes have given me immense perspective as we try and navigate through the present.”

One question that Dr. Robbins addresses head on is why a white woman is teaching the course. This fact had been a matter of debate in the History Department too. “African Americans need to see somebody talking about their history and know that they are in a safe space and I look like the oppressor”, Dr, Robbins states. For that reason, she chooses to address the elephant in the room on the first day of class.

Although there are many challenges faced in teaching this course, doing so is rewarding in the long run. Students from all backgrounds and with different experiences and expectations come into the classroom, some perhaps even just to check off the “W” and “Y” requirements. However, it is because these students are being challenged by the course and the instructor that they develop a desire to learn more in and outside of the classroom. “I grew up in a small, white, beach town in central Florida and did not realize how much I wasn’t exposed to until I took your class [in 2015],” said Michael Arellano. “The way you engage with your students and inspire everyone to really go out and dismantle systems is something I still talk about to this day and it encouraged me to be extremely vocal about social justice and learning history — which I previously hated as a subject in school.”

Many students have expressed how much their perspectives and actions have changed after taking the course which inspired them not only to continue to educate themselves, but to pass on the torch to others and take action. Victoria Egea explained: “I took your class AMH2097 in Fall 2019 and it was truly life-changing. Since taking your class I have been heavily considering going to law school for social reform and have just been overall more aware of the things going on around me. You have truly impacted my life.”

At the end of the interview, Dr. Robbins expresses her gratitude towards students who have been taking action and have been contributing to change in any way: “I would like to thank everybody who did something with this petition. I’ve never felt the hope that I am feeling right now. It’s the protests, the let’s get going with some things and fix some things that have been wrong for 200+ years. I think it’s great that it came from the students and that students are pushing this because it gives me great hope that things will change in my lifetime.”

Constance Brown, a student who took the class nearly a decade ago, summed it up well. “In response to the unrest the country is facing, someone started a Change.org petition to require FSU students to satisfy a race and ethnicity credit for graduation. When I saw it, I instantly thought back to you and when you told the class the department almost didn’t let you teach those courses because you were white, but then I remembered how transformative that education was, and how engaged we were and I know that this is where you belong. We need you to help tell our stories and help bring the truth to the forefront. I hope you continue to spread these messages and your overall positivity because that’s continued to resonate with me all these years later.”

AMH 2091- The African-American Experience in the United States